Did you know 2016 is the National Park Service’s Centennial? All throughout the year, the NPS has hosted celebrations across the country, including free admission days and weeks, special exhibits and ranger talks, and conservation/preservation programs.

I absolutely love camping. In case that wasn’t clear. And I’m slowly chipping away at the ridiculously long list of national parks I want to visit. Of the 58 official parks in the U.S., I’ve been to 10 so far. I haven’t even made it to the big ones like Yellowstone, Rocky Mountain, or Great Smoky Mountains, but they’re at the top of my list! Here’s a great list of some of the most popular parks by state from Cotopaxi (a sustainable adventures and outdoor gear company that focuses on their travel backpacks.) How many have you been to?

(*Click the image and use the magnifying glass to zoom in)

To celebrate the centennial and #ParkPride, I’ll be sharing my favorite national parks and my adventures in them through the end of the year.

P.S. Did you know admission will be free at all national parks on September 24 (National Public Lands Day) and November 11 (Veterans Day)? Get out there and explore!

I liked Bryce even better than Zion – shh, don’t tell the masses! While Zion felt touristy and crowded (and HOT), Bryce Canyon was cooler, less extreme, and yes, less crowded. With iconic hoodoos (the rock columns and pillars) and the red and orange rock arches, the narrow canyons and winding trails, it’s another world.

Zion is absolutely stunning. The diversity of the topography is amazing – with canyons, gorges, deer-dotted fields, waterfalls, a rushing river, sparse and rugged trees clinging precariously to cliff faces, and crazy squirrels who are 100% not afraid of anything or anyone.

This stunning world wonder is more than just a hole in the Earth. It’s filled with mysteries, ancient marks of life, and a mind-numbing history of proof of the Earth in motion and Mother Nature at work.

Joshua Tree is an incredible display of nature, where the Colorado and Mojave deserts collide. You’ll find characteristics of both – the strange ocotillo tree across the road from a garden of cholla cactus, or natural palm oases mingling with miles of dry landscape littered with giant boulders.

The majesty of the ancient Redwoods is unparalleled in nature. These beautiful, towering giants just beg to be admired – and respected. It saddens me to think they are endangered because of our own selfishness and destruction, so spending quality time at one with nature beneath their cover is mandatory, in my opinion. 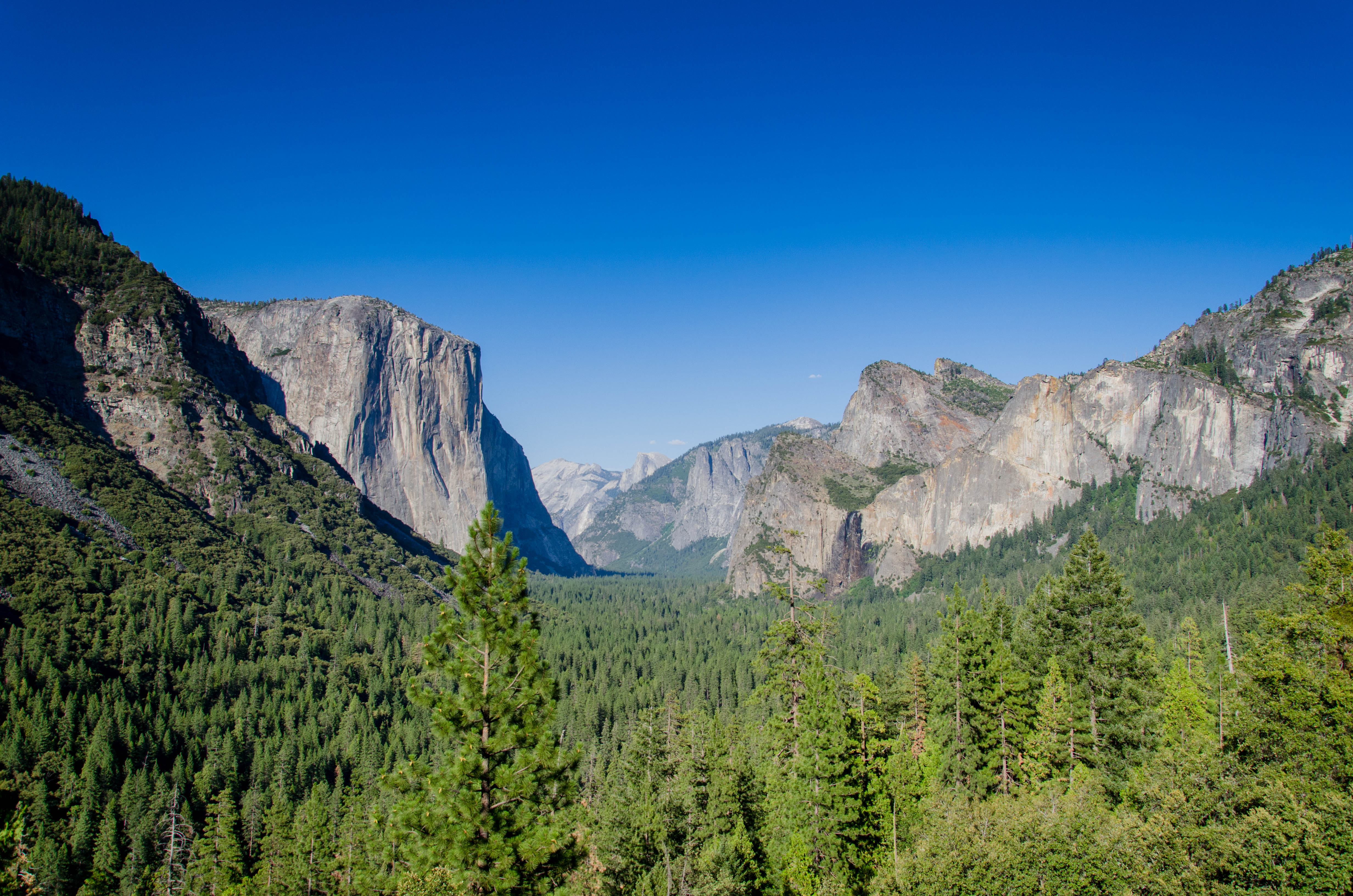 I’ve only been to Yosemite when I was a little girl, but I remember it quite vividly: the waterfalls, the giant dome, the crazy people climbing up the face of said dome, the shade of the trees and the trickle of the streams, and the gentle white-spotted deer who let me get so close to her.